A few weeks ago, I recorded a video of a gentleman who recited a section of the Quran at the L.A. Times Festival of Books. I play back the video I hear this wicked hiss when he reads a passage.

There was some kind of interference from near by or maybe my camera is heading south. I couldn't upload the video with bad sound. I was heart sick. 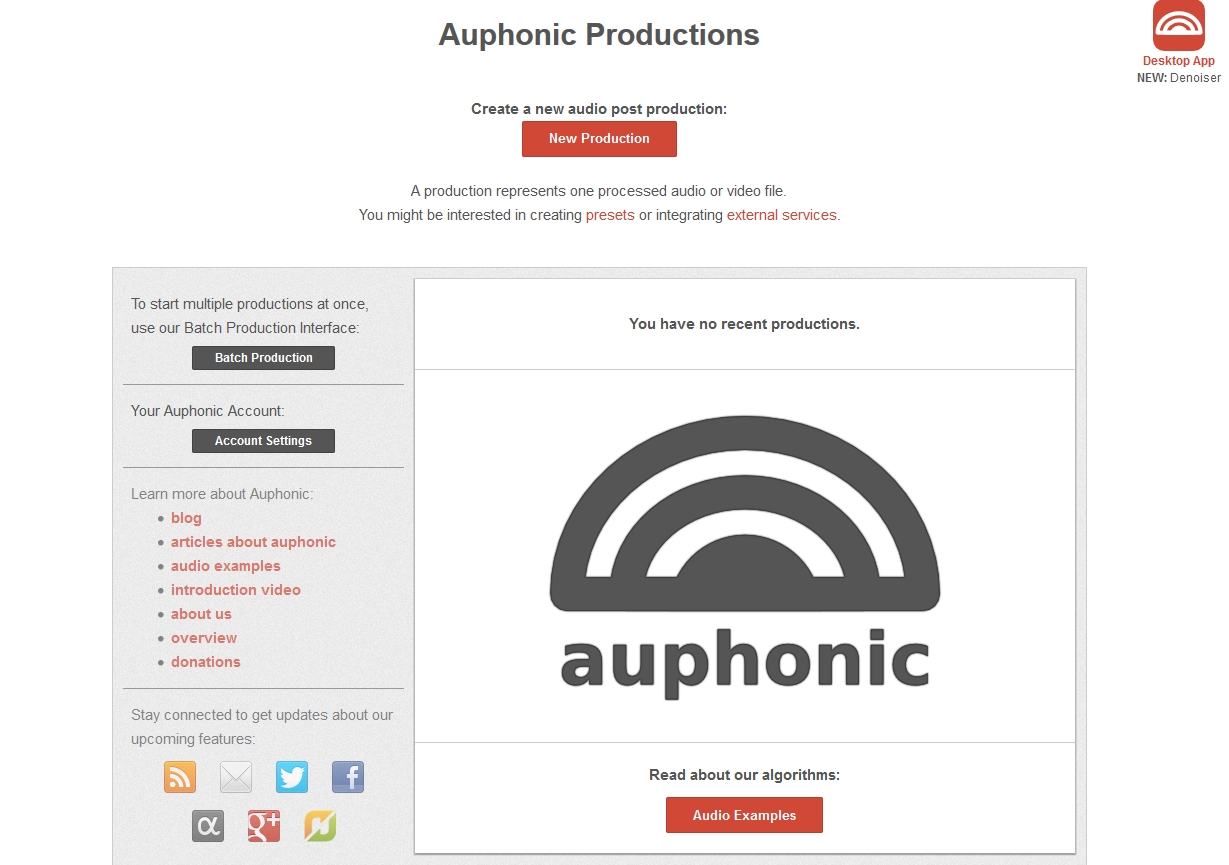 Today, I learned about a new (to me) service called Auphonic. Not only is it a web app but there is a version for iOS and Android folks. I'm testing out the web app version.

I would describe Auphonic as a voice and music cleaner for non-audio engineering people. Folks that think Audacity is too complex.

It is really simple. This is a video demonstration from the company:

I would say that even with droopy connection speeds the audio uploaded and was processed quickly. My problem hum was gone but I discovered another sound that no amount of sound editing is going to get rid of; there was a person opening a plastic bag.

I can't get rid of it and it wouldn't be worth the time to chip away at it in Audacity.

Anyway, for basic audio cleaning this is a good option. There is an Android app and one for iOS that has a recoding function. They do have a desktop app for sale but you might not need it.

Many times free apps can be more trouble than they are worth. This is a quality app that once you get the hang of it you might drop the fellas a donation in appreciation.

Other Posts of Interest

Posted by Gena at 4:30 AM
Email ThisBlogThis!Share to TwitterShare to FacebookShare to Pinterest
Labels: Audio/Music, Resources, Software

I love actual comments. Please understand that comments will be held until I get a chance to look them over or wake up, whichever comes first.

Spam and other forms of hate speech are not welcome here. And due to the actions of spam bots and the people that love them moderation is in full effect.

Ways to Find Info on the Blog

My name is Gena Haskett. I usually hang out at Out On The Stoop. This is place to share content and resources for creators, podcasters and anybody else that is interested. Think of it as a mini-library collection of resources that span across disciplines.