The current owners of Yahoo have closed the Yahoo groups and deleted the content of pioneers from multiple disciplines. It has happen before and it will happen again.

Long before Vimeo, long before YouTube there were people figuring out how to post video on the early days of the internet.

Some were tech heads.

And then there were these folks; The Yahoo Videoblogging Group. 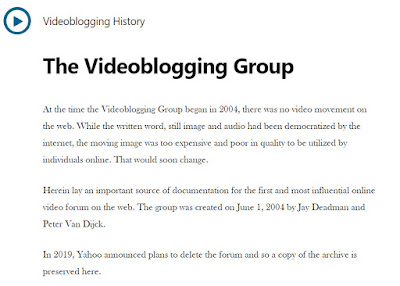 However, this time the text content was saved for those that will want to know.

There was news content. There was humor. Documentation of life and more.

All of it funded by individuals and those people that are always willing to go out on a limb.

So, yeah. We did it for Johnny.

Posted by Gena at 1:37 PM No comments:
Email ThisBlogThis!Share to TwitterShare to FacebookShare to Pinterest
Labels: Videoblogging, VidGeeky

Hi folks. Most of you know I'm audio podcasting now with a video once in a blue moon. I'm checking out LinkedIn SlideShare feature and it is a mixed bag. There is some spam and dirt among the cool marbles.

This is some of the good stuff. Tread carefully around SlideShare, there is a lot of spam and dubious activities by less than ethical people. Not LinkedIn but some of the people trying to game the system using SlideShare.

So this is a check-in to see if I can embed this Edison Research informational slide to the blog.


It took some fiddling but yes, I can embed. If this is of interest to you dive in otherwise, I bid you peace.

Posted by Gena at 5:22 PM No comments:
Email ThisBlogThis!Share to TwitterShare to FacebookShare to Pinterest
Labels: Audio/Music, Mobile, Podcasting

Not really back in the game but I am testing out animation services for Explainer videos. This is a service called Bitable.com; there are free and paid options for easy animation style videos.

The Difference Between Zoom vs. Zoom.us Recorder on Biteable.

Posted by Gena at 3:58 PM No comments:
Email ThisBlogThis!Share to TwitterShare to FacebookShare to Pinterest
Labels: Digital Storytelling, Social Media

Greetings. It has been a while, but as most of you know I've been audio podcasting. When there is news or something of note I will posted it.

I got an e-mail from Sony that my personal information was being transferred to Magix, I followed up and found out that all of the consumer lines (what they call assets) have been sold to the Magix.


For the time being nothing will change; but there will be a transition to the new owners. There were good training videos on the Sony site as well as a forum with a lot of historical information.

Not really clear if that is going to migrate as well.  Magix is a good company; not too fond of trying finding info on their website; it takes some digging and often you have to register. In the past I had to sign in multiple times to get to the info that I needed at the time.

That said, I have found some goodies over yonder when I needed them.

Vlog and Carry on.

Posted by Gena at 1:28 PM No comments:
Email ThisBlogThis!Share to TwitterShare to FacebookShare to Pinterest
Labels: Editing, Software

June 2018 Update: Hi folks. I know it has been a while. I'm working on other projects that are not video related. Most of the consumer video world has switch to mobile. What I had to offer is no longer relevant for contemporary smartphone video production. 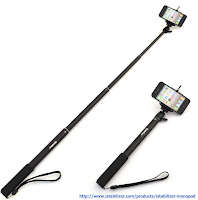 That being said, a lot of folks (who refuse to upgrade operating systems) still use some form of Windows Movie Maker. If you are upgrading from Windows 7 or 8.1 and have an existing copy of Movie Maker there shouldn't be any problems.

Microsoft doesn't support Movie Maker 12 for Windows 10 you have to figure out what is wrong and how to make it right.

The worse news is that you can no longer obtain Movie Maker from Microsoft's web site. If you see links to it from other sources do not download it; it may have been tainted with malware.


You do have options:
Yes, you will have to pay for it. I know that can be a problem for some folks.

There are other free options but please be a savvy consumer. Not everything free is safe, easy or good. I'll keep an eye out for items of interest but for now,

Vlog on...
Posted by Gena at 3:54 PM No comments:
Email ThisBlogThis!Share to TwitterShare to FacebookShare to Pinterest
Labels: Editing, Software

When The DV World Was New

In 2003 I saw my first non-tape digital camcorder at a DV convention in Los Angeles. My brain is fuzzy on it but it was an attempt to reach out to industrial and corporate videopeople.

They made a token effort to reach out to "those Internet folks". Many of the exhibitors were not interested in talking to people from the new disruptive wave. The exhibitors were there to make sales to their traditional markets. They had no use for the computer people.

I walked around, got as much swag as I could to justify my admission fee.

Then I saw this: 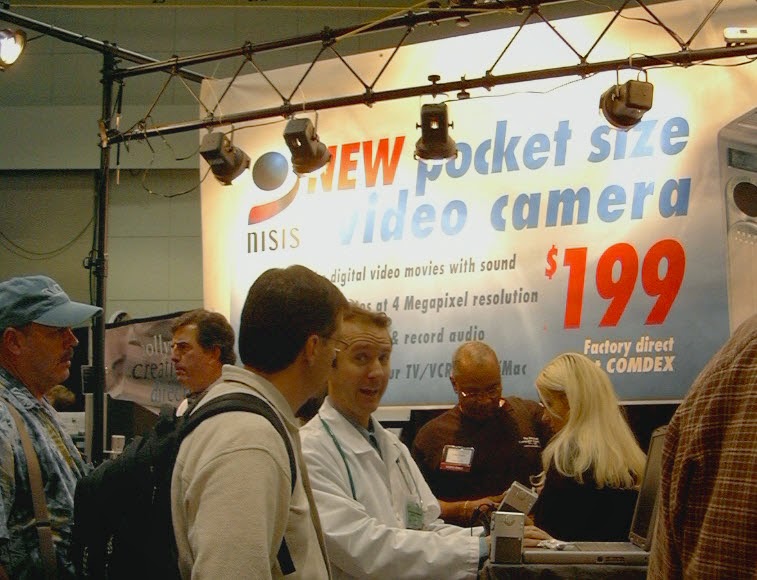 It was one of the first digital video camcorders. There were two guys running around in white lab coats talking up a storm in either a British or Australian accent. I couldn't tell you which because I was drawn like a bee to honey about that camera.

Running off an 2GB SD card and recording AVI (I think) video. Could have been Motion JPEG. It might have recorded 320x240 video. 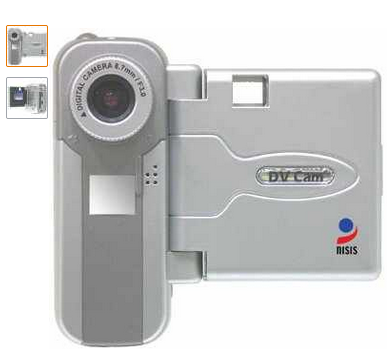 It was affordable. $199 in cold hard cash or credit card. Accessible. Golly gee did I want to buy it right then and there. Which meant that I didn't. Not enough cash and I had limited options on uploading and posting videos.

I knew it was a game changer. I knew other camcorders were coming that would be better. I did not known that it would start to pave a path that transformed an industry. Digital video created new opportunities for creatives and non-Hollywood type innovators.

That is the thing about the future. Sometimes you can see a wee bit ahead but you'll never know until you step into the void.

Twelve years later I own different kinds of devices. The most recent being a Pivothead eyewear recorder. Everything old is new again.

Corporate media is busy locking down new talent and production companies to get rooted in the future yet to come.

And hotels are trying to keep you from using personal Wi-Fi and smartphone usage in their buildings.

What has this got to do with video?

Well, if this industry gets the right to block personal Wi-Fi usage then other companies will follow. Some of those companies could be people in the broadcast television industry looking to suppress any form of innovation they don't understand.

Or a religious group that thinks you should not have a voice to express your views and actively stops transmission.

How shall we go forward?


Other Posts of Interest

Posted by Gena at 1:01 PM No comments:
Email ThisBlogThis!Share to TwitterShare to FacebookShare to Pinterest
Labels: Ramblings, Video Advocacy, VidGeeky

Howdy. Having some technical difficulties as well as bandwidth issues. Not resolved but making progress. Anytime it takes 222 minutes to upload a 87MB file there is a problem. For the record; the video crashed just before final acceptance. So no video.
On to more important matters. I was tempted by an ad for a pair of Pivothead Kudu video glasses, eyeware what ever you want to call them. The $199.99 price was right and I went for it. 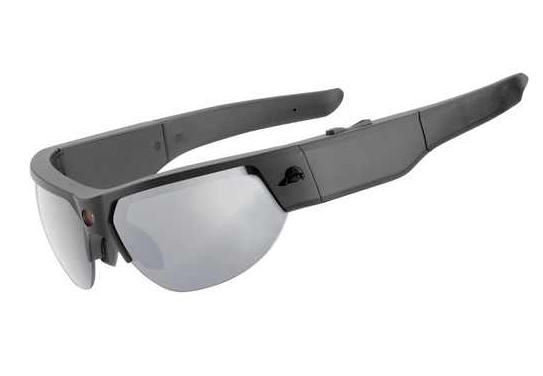 The photo shows light lens but mine are dark and that can be an issue if you want to record inside. Questions will be asked like "do you have an eye problem?" I believe I can swap out the lens for clear glass but I'll need to hip hop back to the website to make sure my model can do that.

Recording is easy. Very simple to operate. Walking while recording is challenging. In my first attempts I learned that I move my head a lot. I finally got some decent video to show and then crash, boom, no ability to upload.

My name is Gena Haskett. I usually hang out at Out On The Stoop. This is place to share web video and videoblogging resources. Think of it as a mini-library collection of resources that span across disciplines.

Web video does not just a regurgitation of old television and movies. Web video can be more than traditional media content. There are multiple paths and connections.